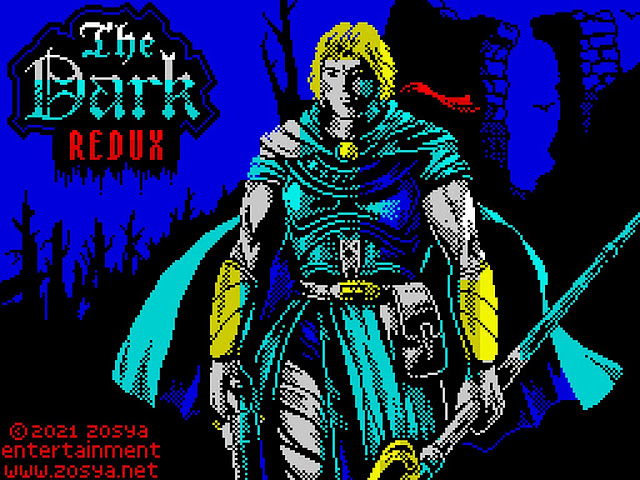 If you’re thinking this is going to be just another ZX Spectrum platformer, you’d be oh so wrong. Especially as ‘ The Dark ‘ by Oleg Origin, is a rather unique ZX Spectrum first person shooter, that has similarities to the retro PC game of Quake. First released in 1997, you play as the warrior Alexander and are on a personal quest to return to your native land, to free his country from an evil dark force, that had cross the border of the land of winds. In a game that has now been re-released as a remastered version, you will come across many strange beasts that must be killed with a sharp stab or a bullet from a gun! 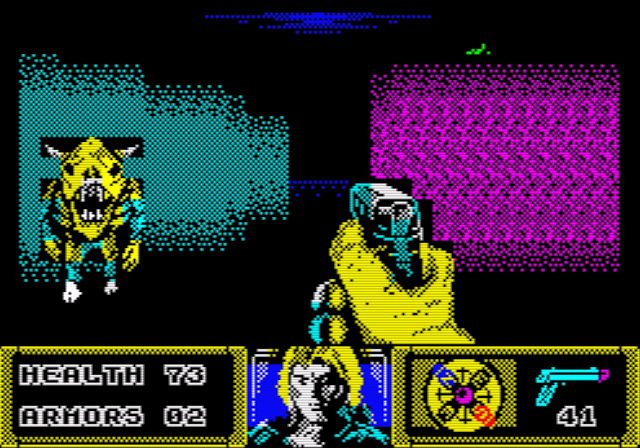 OLD
NEW
Now I’ve never played this game, but from what people have said for the original from 1997 it was pretty awful, especially as it looked as such as well. But now thanks to the Zosya Entertainment, the game is certainly a worth a play, as although the gameplay is the same, the intro been reworked, the in-game graphics are far beyond the original, and there’s a new loading screen too!
Links :1) Source

Top 10 Most Overrated Pinball Machines Of All Time

How To Download Maiden – RE Village DEMO PS5 #shorts

Tapper – Arcade beer drinking classic on the Amiga gets a new musical update!

Tapper – Arcade beer drinking classic on the Amiga gets a new musical update!